Oh, the places you CAN go!

Pahrump, NV
"Pahrump, Nevada is easy to reach and hard to forget. It’s an hour west of Las Vegas, a city so famous it needs no introduction, and an hour east of Death Valley National Park, a place known for extremes. Pahrump truly is the heart of the desert and the perfect place to enjoy the best of southern Nevada. Pahrump is home to big attractions and events. There’s more to do here than you may think" - Pahrump Tourism
​
Red Rock Canyon National Conservation Area, NV
Red Rock Canyon is located 17 miles west of the Las Vegas Strip on Charleston Boulevard/State Route 159.  The area is visited by more than two million people each year.  In marked contrast to a town geared to entertainment and gaming, Red Rock offers enticements of a different nature including a 13-mile scenic drive, miles of hiking trails, rock climbing, horseback riding, mountain biking, road biking, picnic areas, nature observing and visitor center with indoor and outdoor exhibits as well as a book store.

Sprint Mountain National Recreation Area / Ski Resort
​Mount Charleston is a year-round getaway for Las Vegas's residents and visitors, with a number of hiking trails and a modest ski area. The mountain, which is snow-capped more than half the year, can be seen from parts of the Las Vegas Strip when looking toward the west. ​ 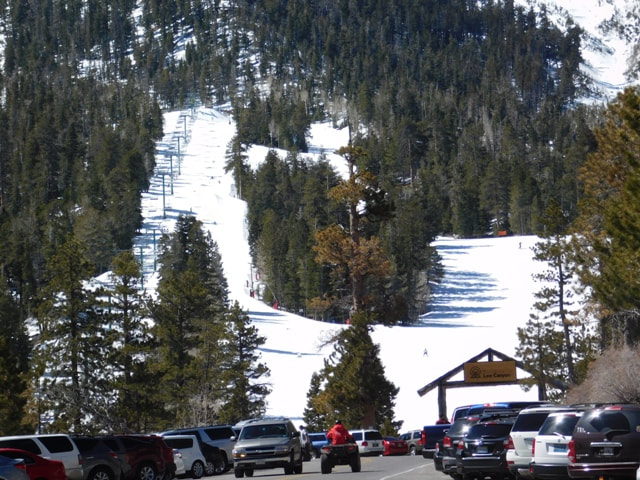 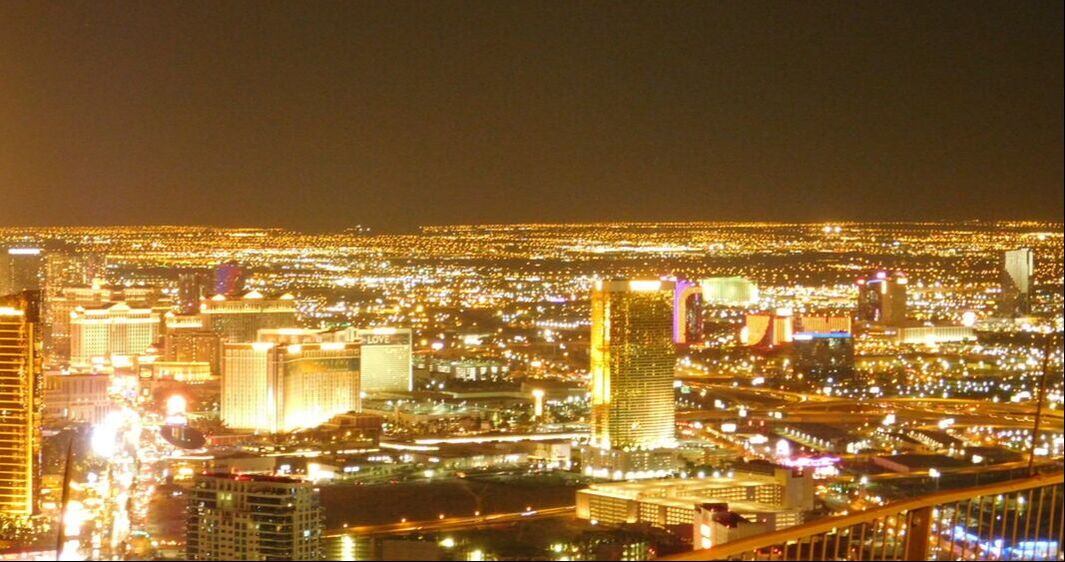 Hoover Dam, NV
Hoover Dam is a concrete arch-gravity dam in the Black Canyon of the Colorado River, on the border between the U.S. states of Nevada and Arizona. It was constructed between 1931 and 1936 during the Great Depression and was dedicated on September 30, 1935, by President Franklin D. Roosevelt. 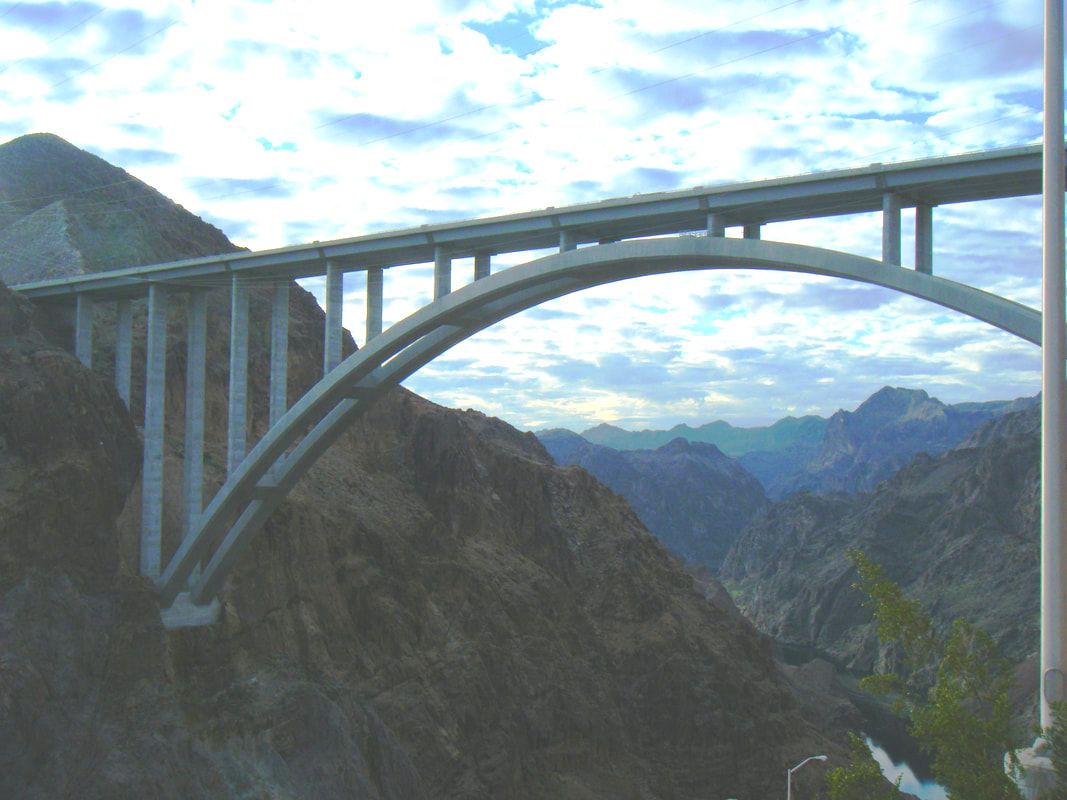 Lake Mead National Recreation Area, NV
Lake Mead is a man-made lake that lies on the Colorado River, about 24 mi (39 km) from the Las Vegas Strip, southeast of the city of Las Vegas, Nevada, in the states of Nevada and Arizona. It is the largest reservoir in the United States in terms of water capacity.

I love fishing out there! 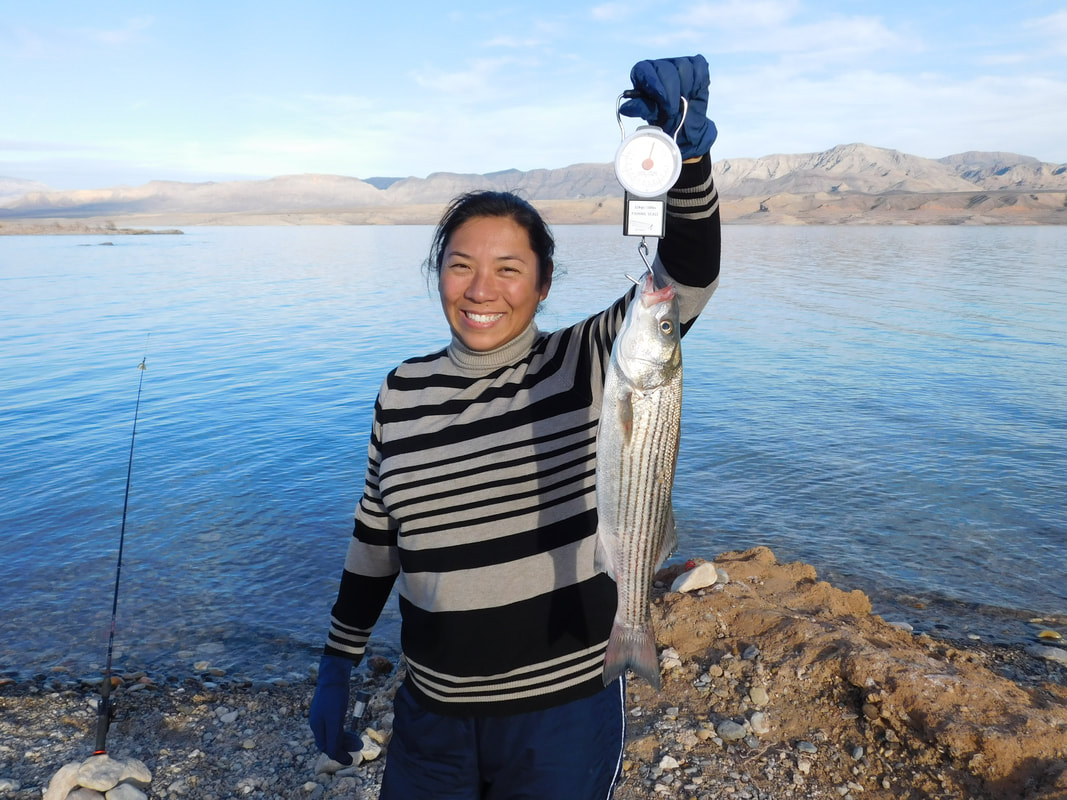 Valley of Fire State Park, NV
World-renowned for its 40,000 acres of bright red Aztec sandstone outcrops nestled in gray and tan limestone, Valley of Fire State Park contains ancient, petrified trees and petroglyphs dating back more than 2,000 years. A Visitor Center provides exhibits on the geology, ecology, prehistory and history of the park and nearby region. The park also hosts an Annual Atlatl Competition in which participants test their skills with replicas of ancient spears. Open year round, the park has numerous campsites equipped with shaded tables, grills and water, as well as many intriguing trails to tempt hikers. 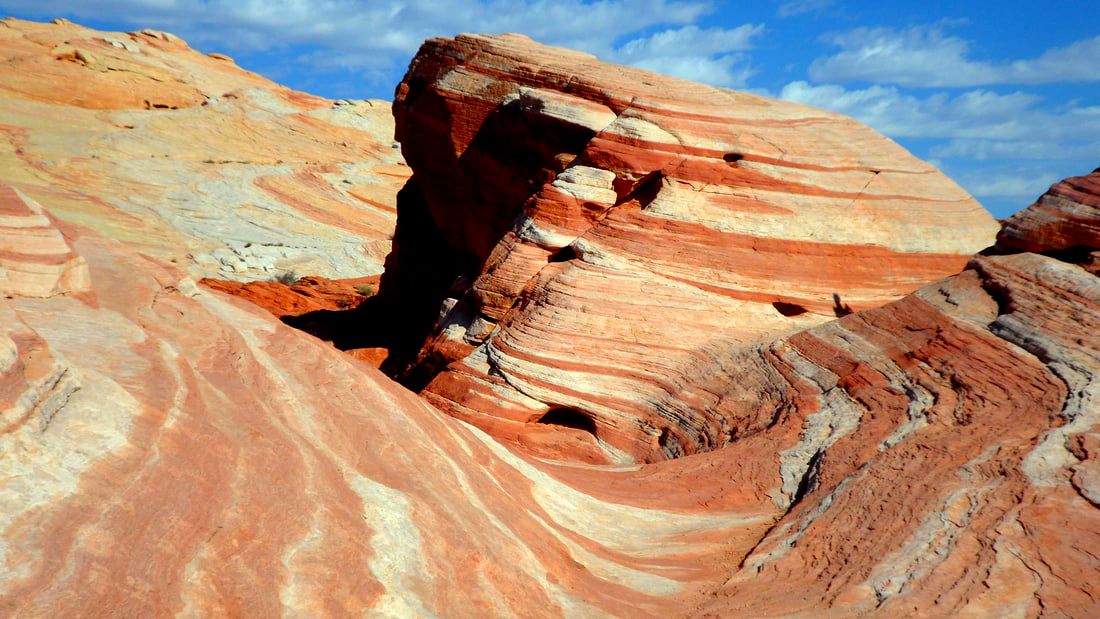 Mommoth Lakes, CA
​Mammoth Lakes is a town in California's Sierra Nevada mountains. It's known for the Mammoth Mountain and June Mountain ski areas and nearby trails. The town is a base for Devils Postpile National Monument, a formation of basalt columns, and the soaring Rainbow Falls. To the north, saltwater Mono Lake is dotted with limestone towers. Yosemite National Park, with its granite cliffs and ancient sequoias, is nearby. 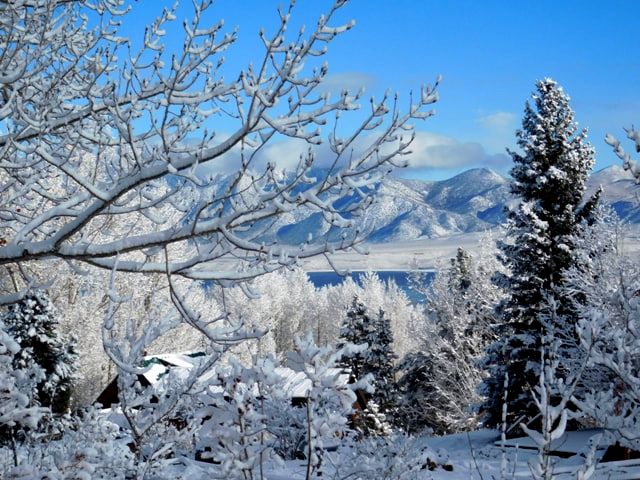 Yosemite National Park
Not just a great valley, but a shrine to human foresight, the strength of granite, the power of glaciers, the persistence of life, and the tranquility of the High Sierra.

First protected in 1864, Yosemite National Park is best known for its waterfalls, but within its nearly 1,200 square miles, you can find deep valleys, grand meadows, ancient giant sequoias, a vast wilderness area, and much more. - National Park Services 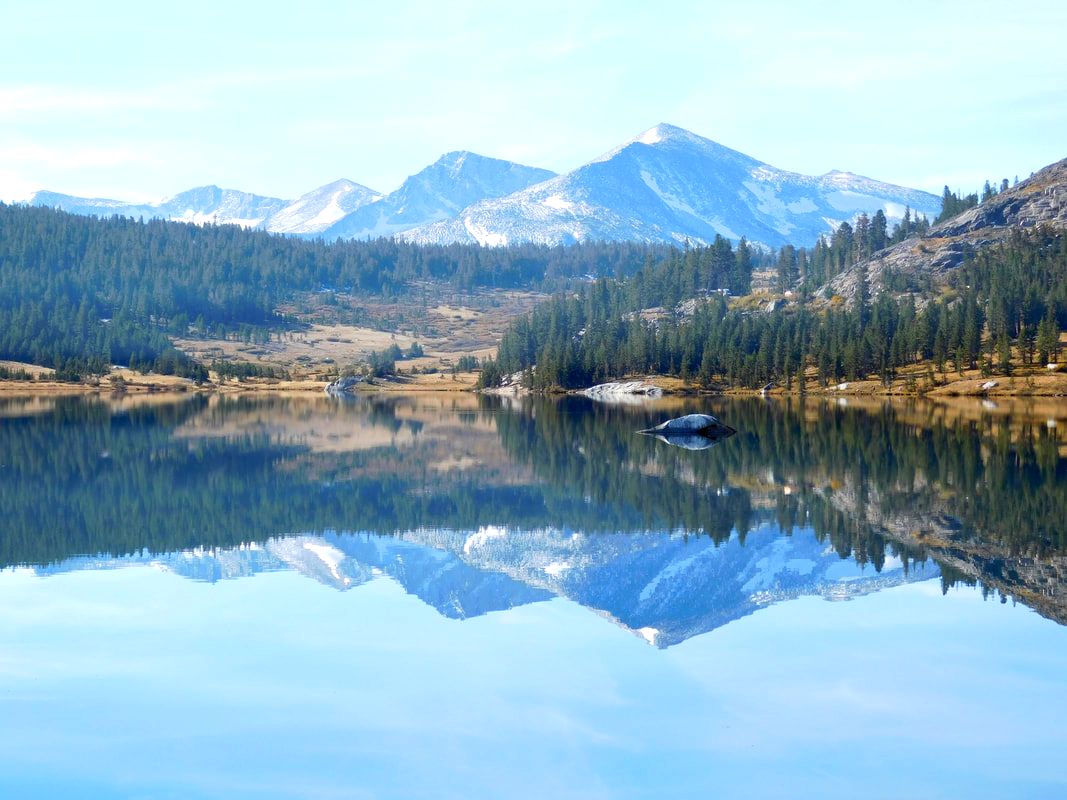 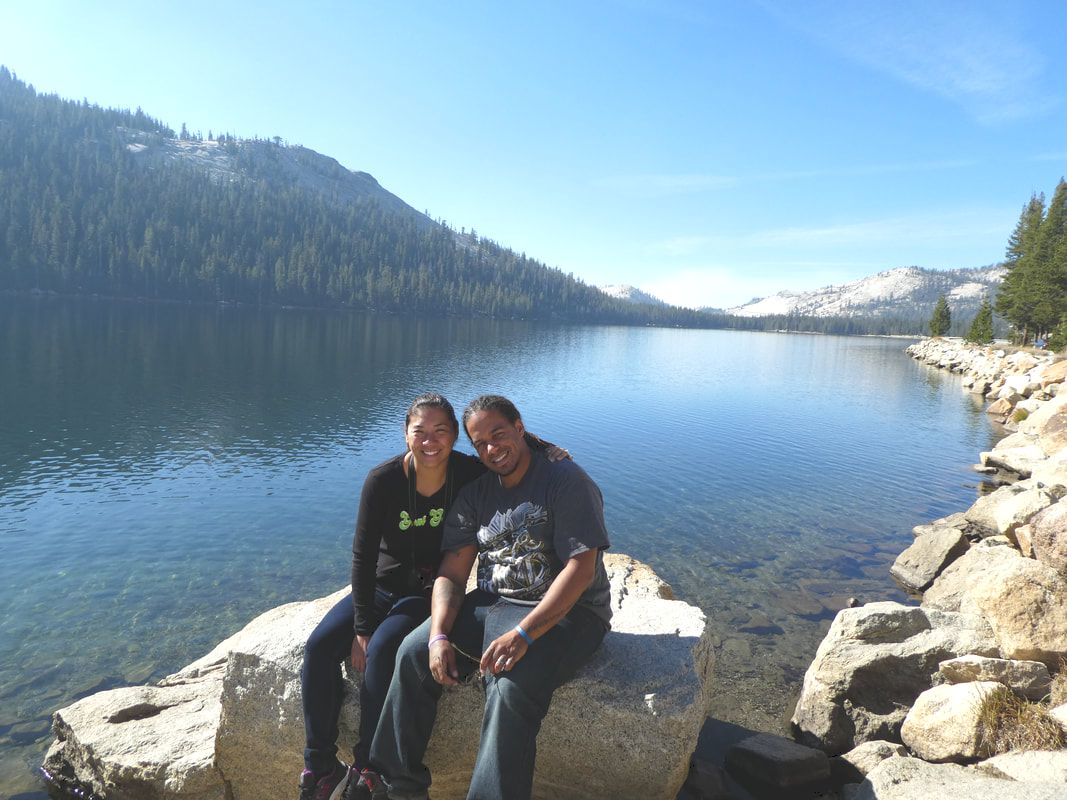 Mono Lake, CA
Located in California's spectacular Eastern Sierra, Mono Lake is an oasis in the dry Great Basin and a vital habitat for millions of migratory and nesting birds. 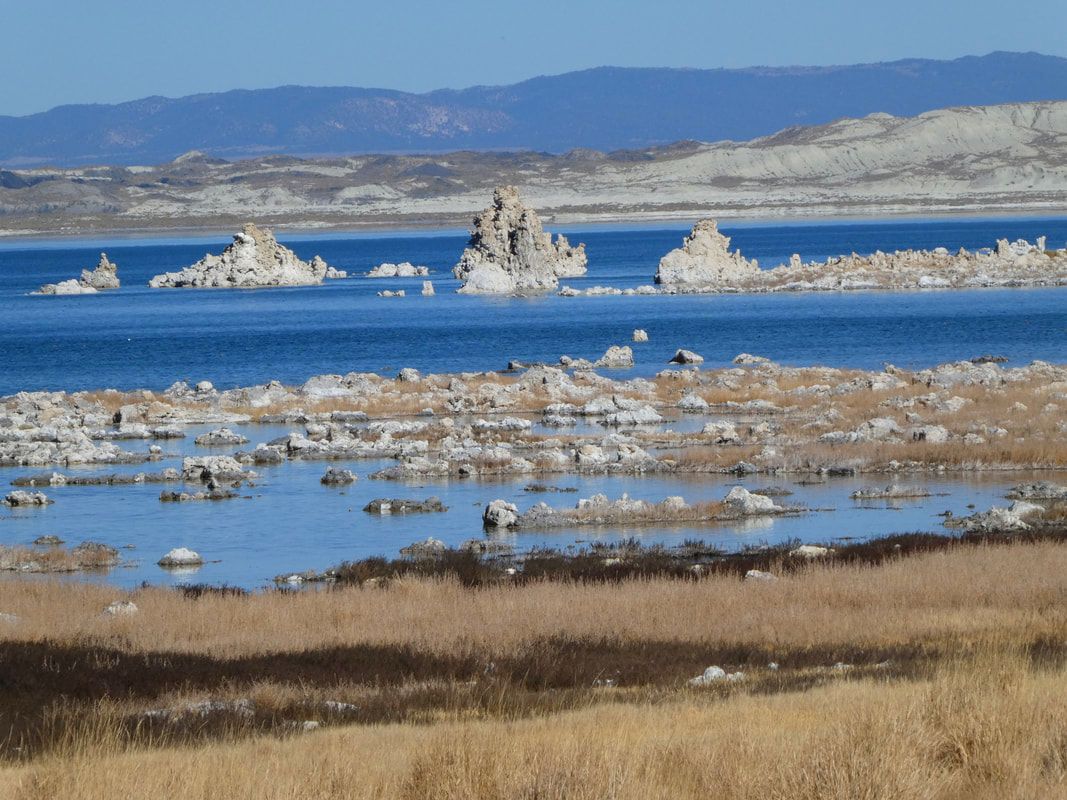 Lake Tahoe, CA
The best times to visit Lake Tahoe are from March to May and from September to November, but the area welcomes visitors throughout the year thanks to the wide variety of attractions and activities. With warmer weather comes beachcombers: In July and August, Tahoe's shores are lined with oversized umbrellas and sun-drenched kids. There's a small break in tourist activity during the fall, but as the temperatures decline, visitors re-emerge with skis in hand, ready to tackle the powder. Traveling in March or November specifically will allow you to experience the area at a fraction of the price. - US News 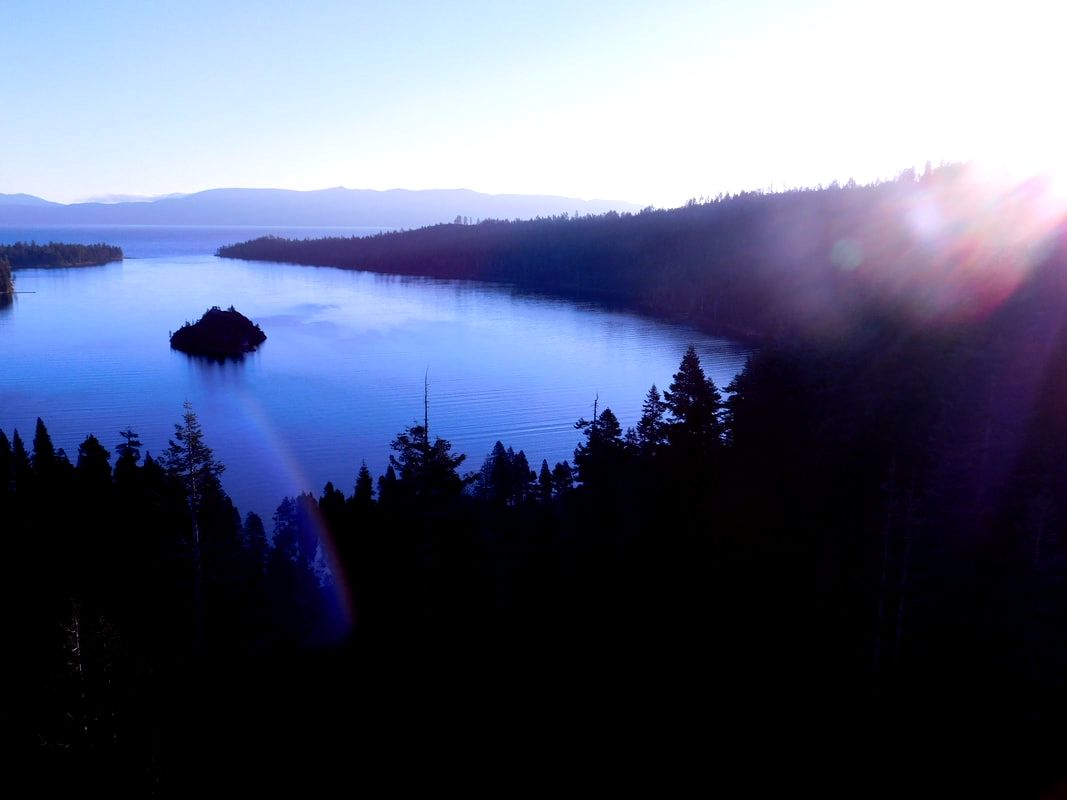 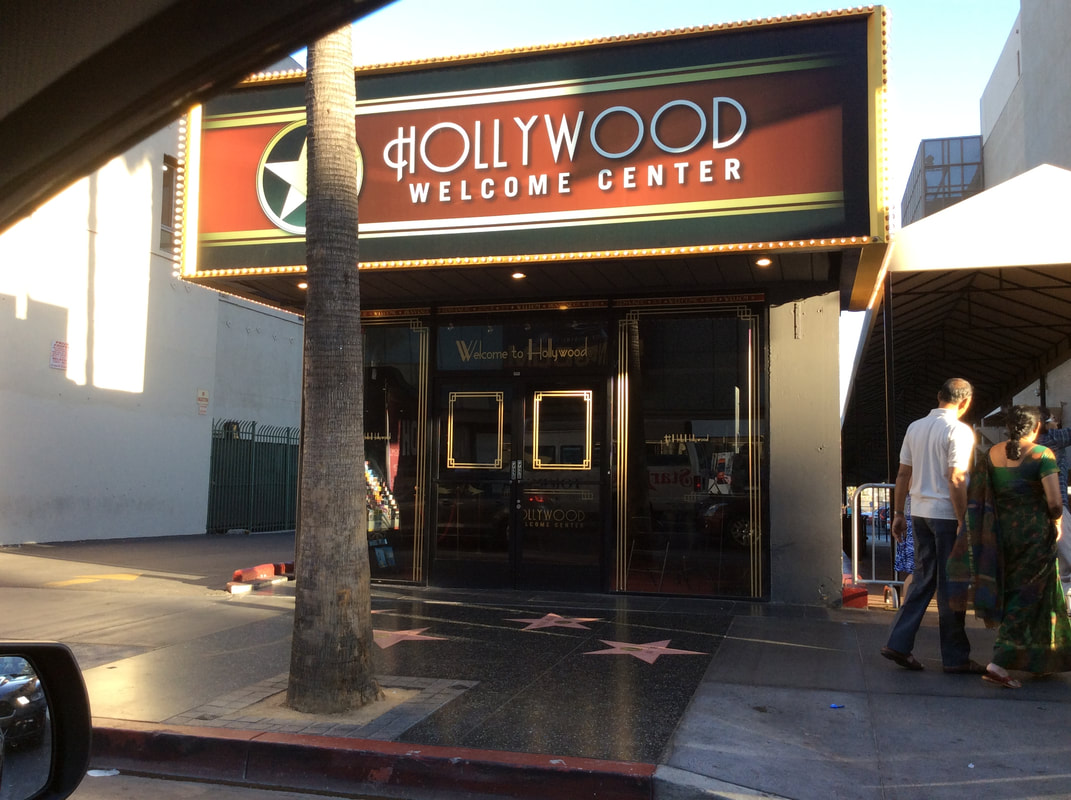 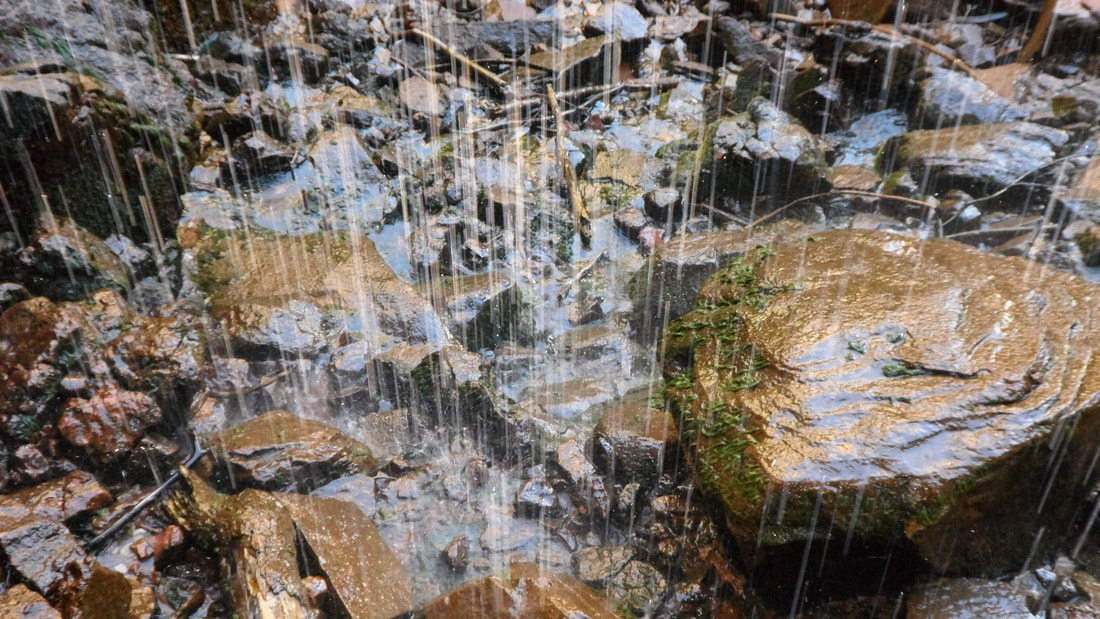 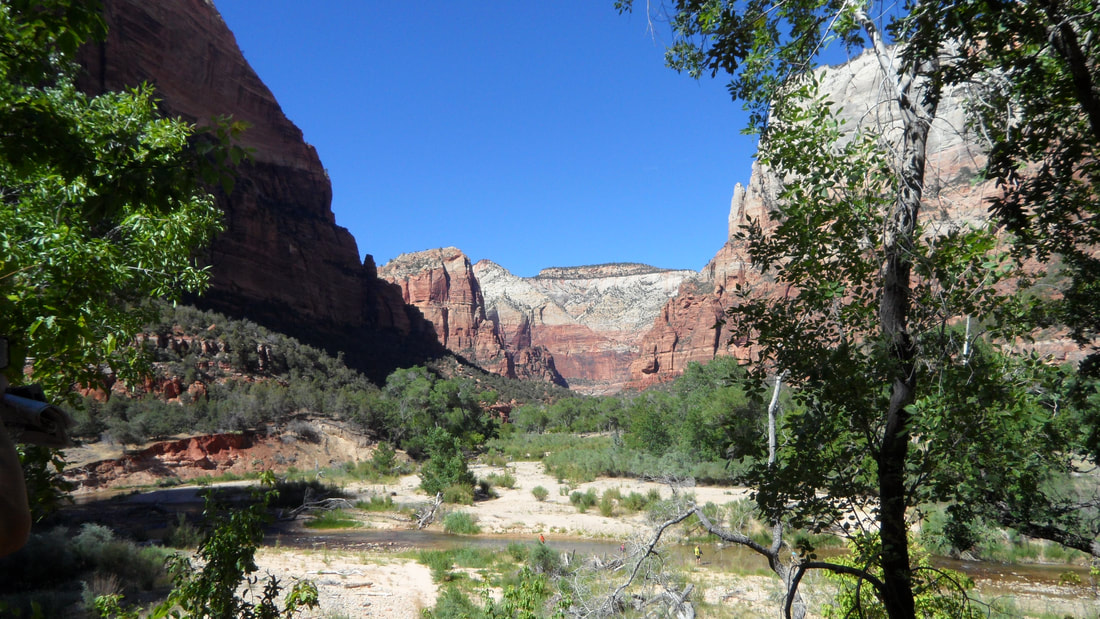 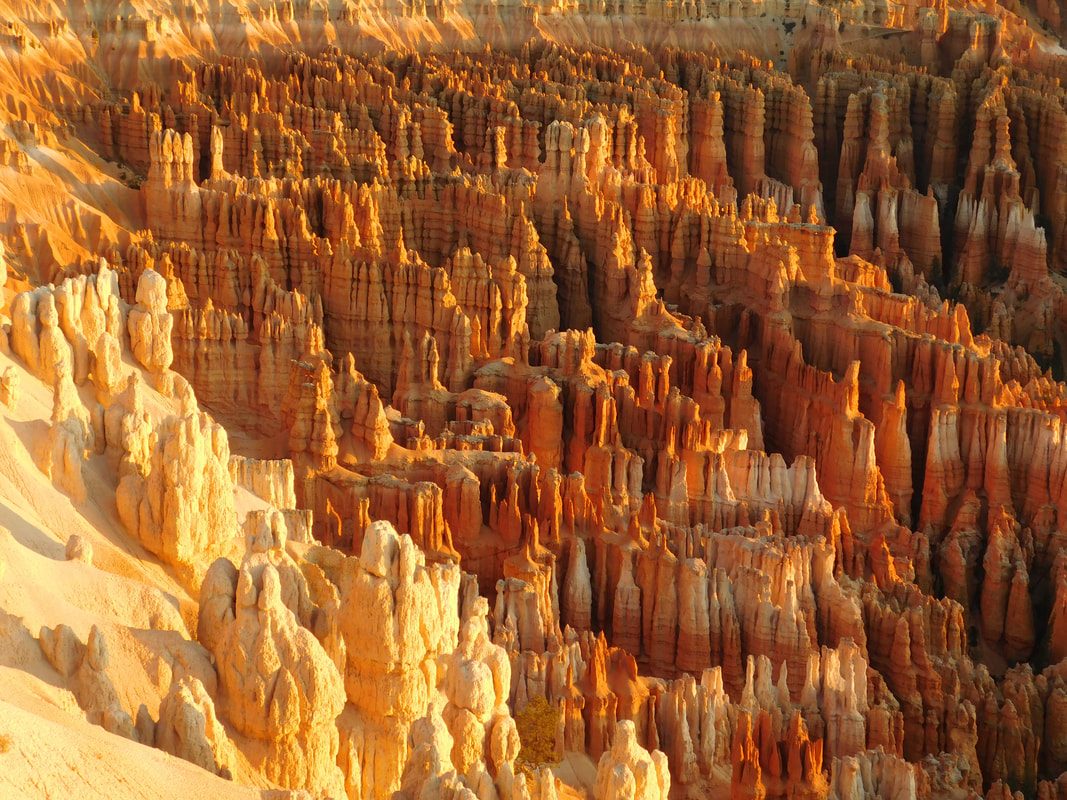 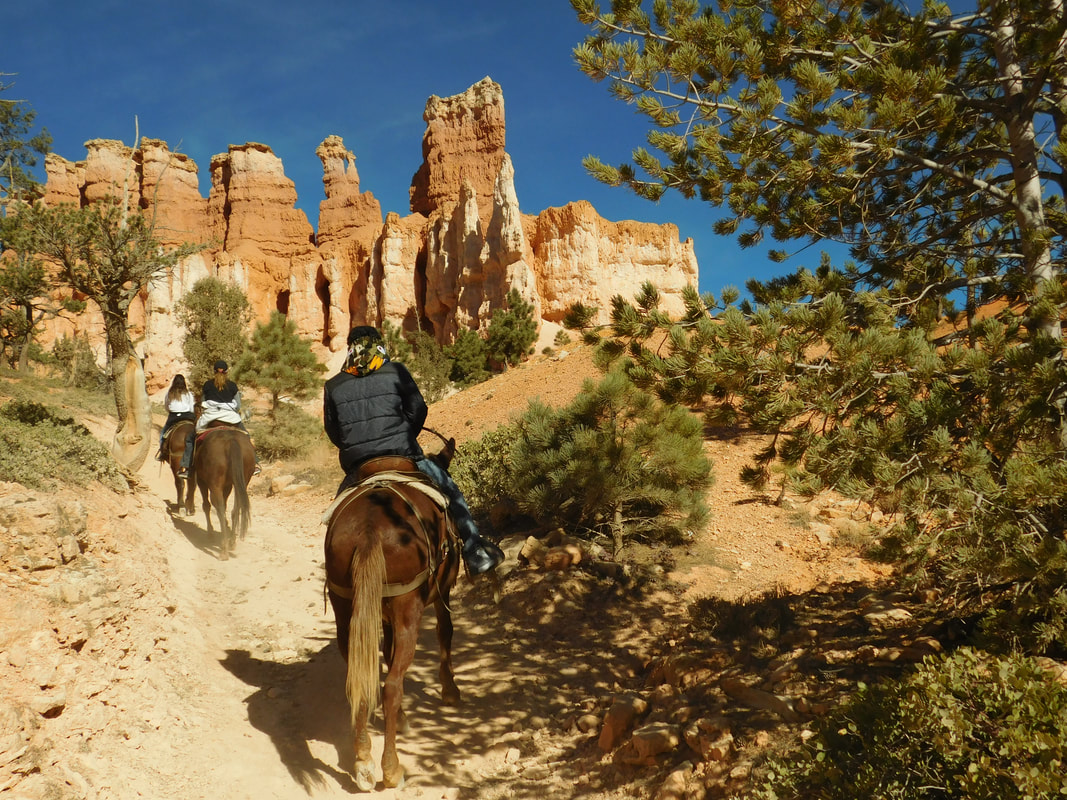 Colorado River / Horseshoe Bend
As you exit your vehicle in the newly-expanded Horseshoe Bend parking area just South of Page, Arizona, your first challenge is to make your way up a mildly steep incline through deep, sometimes unwieldy sand. Though most visitors succumb to the temptation to make quick work out of this small obstacle, you might view it as an opportunity to take a trip through a real-life “Jurassic World.” 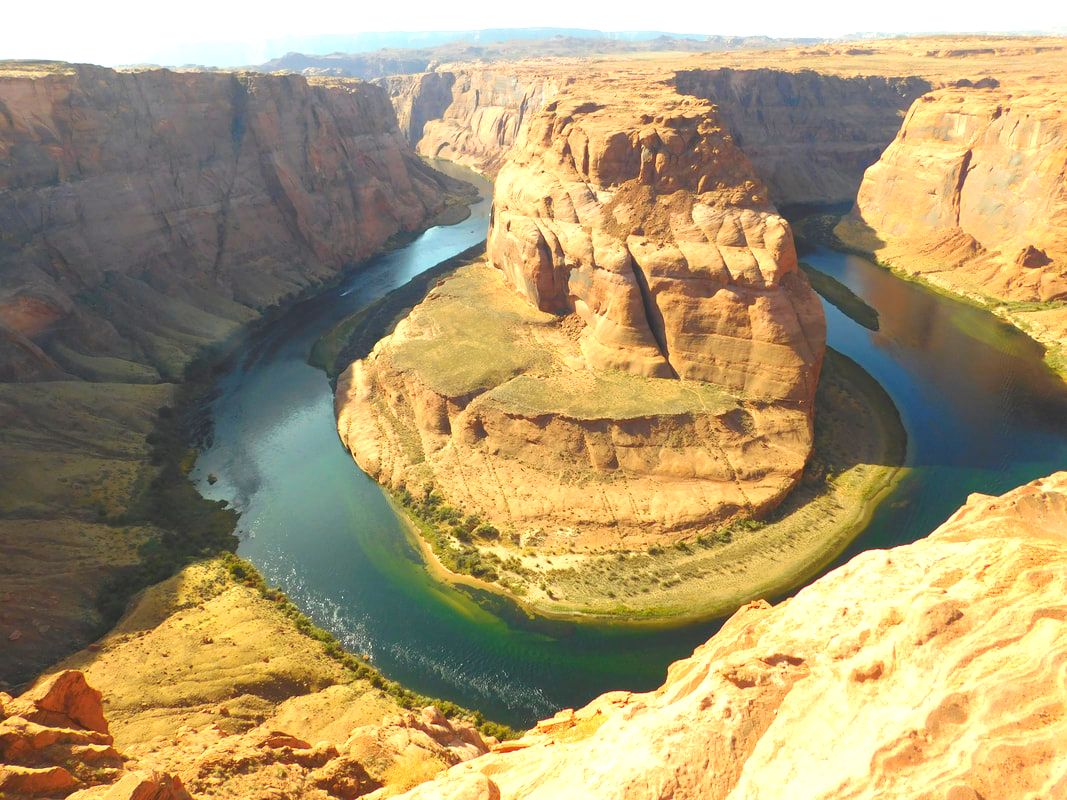 Grand Canyon, AZ
Grand Canyon National Park, in Arizona, is home to much of the immense Grand Canyon, with its layered bands of red rock revealing millions of years of geological history. Viewpoints include Mather Point, Yavapai Observation Station and architect Mary Colter’s Lookout Studio and her Desert View Watchtower. Lipan Point, with wide views of the canyon and Colorado River, is a popular, especially at sunrise and sunset. 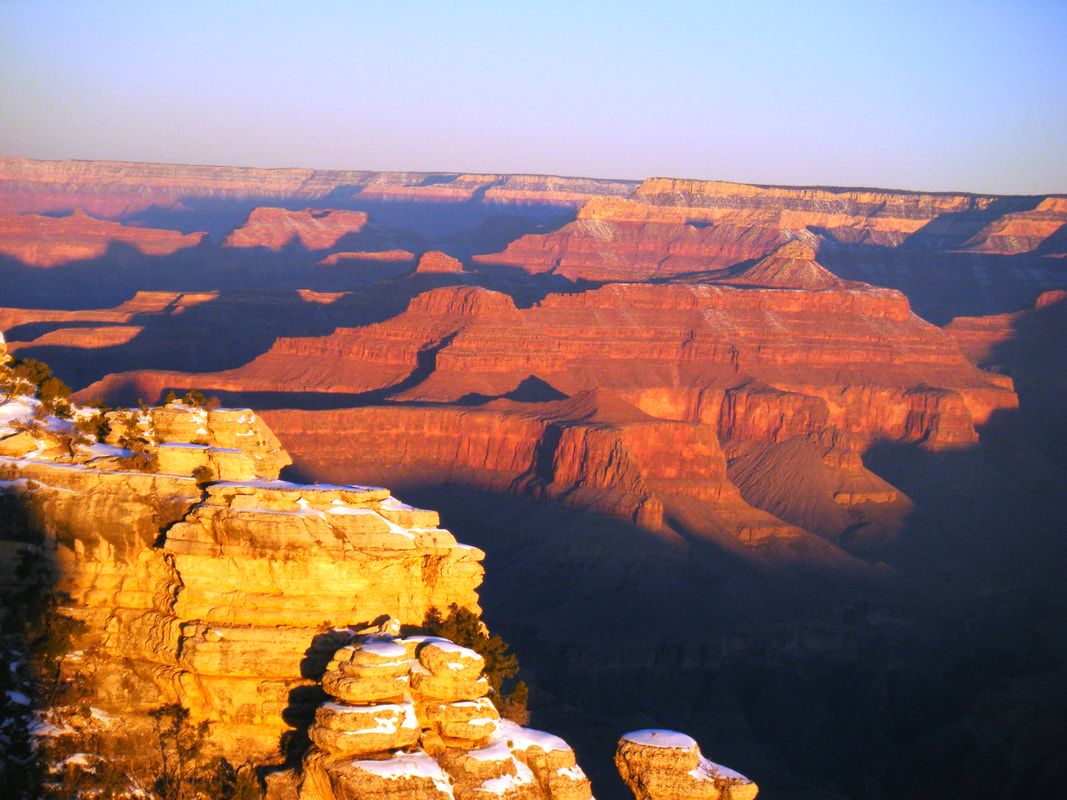