8/1/2020
I got carried away! After I harvested 67 LB Big Max Pumpkin, I thought I should challenge the huge one! I still got  time, right? Well, maybe... It's really tight, but I would like to see! So, I got 400+ LB Competition Pumpkin Seeds from True Leaf Market, and I just planted them today. Added to my pumpkin patch!
Here's the little info about this pumpkin

7 Seeds. 115+ days. These seeds are from locally grown competition pumpkins that weighed at least 400 lbs. Growing giant pumpkins is an art and a science, but starting with good genetics is very important. Try growing your own giant pumpkin and amaze your friends and neighbors (True Leaf Market)

8/8/2020 Successfully germinated! according to the info, I should see huge pumpkins around December 1st! Are they frost hardy?
Here is the info that I found from Institute of Agriculture and Natural Resources NEBRASKA EXTENSION IN LANCASTER COUNTY https://lancaster.unl.edu/hort/articles/2004/tomatopumpkin.shtml#:~:text=Pumpkins%20can%20remain%20in%20the,orange%20after%20a%20killing%20frost.

Pumpkins can be harvested when they have developed a deep, uniform orange color and the rind is hard. Pumpkins can remain in the garden through a light, vine-killing frost. A light frost will not damage the pumpkins themselves. However, all mature pumpkins should be harvested before temperatures drop into the mid to low 20's. Green, immature pumpkins will not turn orange after a killing frost.
When harvesting pumpkins, handle them carefully to avoid cuts and bruises. Cut the pumpkins off the vine with a sharp knife or pair of lopping shears. Leave several inches of stem attached to each fruit. A pumpkin with a 3 to 5 inch stem or handle is more attractive. Also, pumpkins with stems are less likely to rot. Do not carry pumpkins by their stems. The stems may not be able to support the weight of the pumpkins and may break off.
After harvesting the pumpkins, cure them at a temperature of 80 to 85 degrees F and 80 percent relative humidity for 10 days. Curing helps to harden their skins and heal any cuts and scratches.
After curing, store the pumpkins in a cool, dry place. Storage temperatures should be 50 to 55 degrees F. When storing pumpkins, place them in a single layer where they don't touch one another. Good air circulation helps to prevent moisture from forming on the surfaces of the fruit and retards the growth of decay fungi and bacteria. Placing the pumpkins in piles generates unwanted heat which may result in the rotting of some fruit. Promptly remove and discard any pumpkins that show signs of decay.

Sounds like I have a chance, right?? Let's get it!! 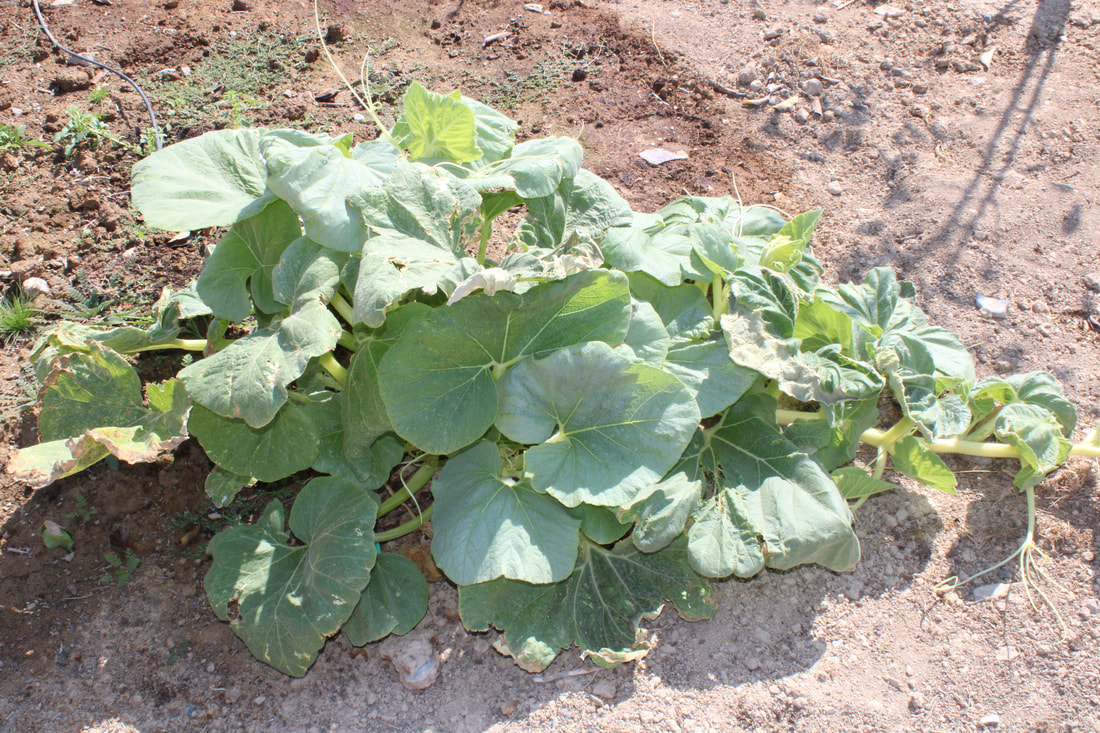